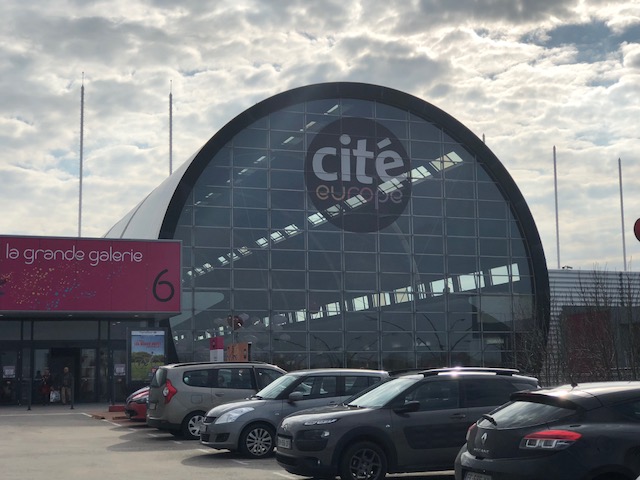 Today I have a little travel related post for you as I recently went to France for the day and really wanted to share my trip with you.

Since I started to hang out with my blogging friends more I have really fully embraced the whole trying new experiences along with them, and a day trip to France was something that had been on the cards since the beginning of the year. At the end of March, along with Gemma and Michelle the day finally came where we set out at the crack of dawn and headed down to Folkestone.

Our plan for the day was to travel to France via the Eurotunnel, then drive the short distance to Cite Europe, which is a huge big shopping and entertainment centre complete with Carrefour (a supermarket for lots of delicious food!). I had been on the Eurotunnel a few times before and would definitely recommend it as an alternative way to travel to Europe. You can regularly get return journey’s between £50-60, so if a few of you are travelling together it can work out cheaper than the return train fair to London.

Eurotunnel advise you to arrive at least 45 minutes before your departure time, but no more than two hours beforehand. You don’t have to even get out of your car once you arrive at Folkestone, as they have a drive through check in. Whilst you’re checking in you will be offered earlier departure times if there are any available. If they are in a higher price bracket you do have to pay the difference, but when I’ve been in the past we have managed to get on an hour earlier without having to pay anything.

If you have time to kill, or need the toilet before your crossing (there are facilities on the train but think along the lines of an airplane but smaller) there is a terminal building, that also has a Burger King, Starbucks and WH Smith as well as a World Duty Free. We were in a bit of a rush so didn’t spend much time in there other than grabbing a quick drink to bring with us. 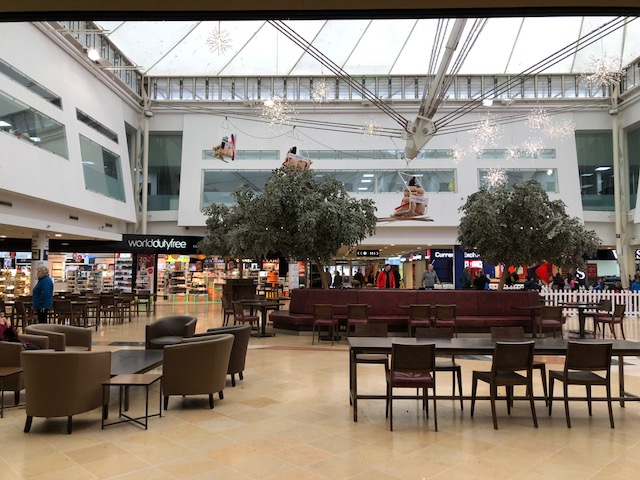 Although I had been on the Eurotunnel a few times, I had never actually driven myself so was a little apprehensive and must have stalled my car about five times just between the terminal and the train! We also got pulled to the side for the extra security checks and I did that whole thing where you suddenly become super paranoid that you’ve done something wrong. Cue me forgetting I was in my new car and trying to open the bonnet the wrong way… awkward! Then there was the whole stalling once I’d driven on to the train thing… but hey, before we knew it we were settled on the train France bound.

Thirty-Five minutes later we were driving off the train with me chanting to myself that I had to remember to drive on the opposite side of the road. The drive to Cite Europe is only about five to ten minutes, and signposted the whole way, so we got there easily enough and I was all set for a day of shopping 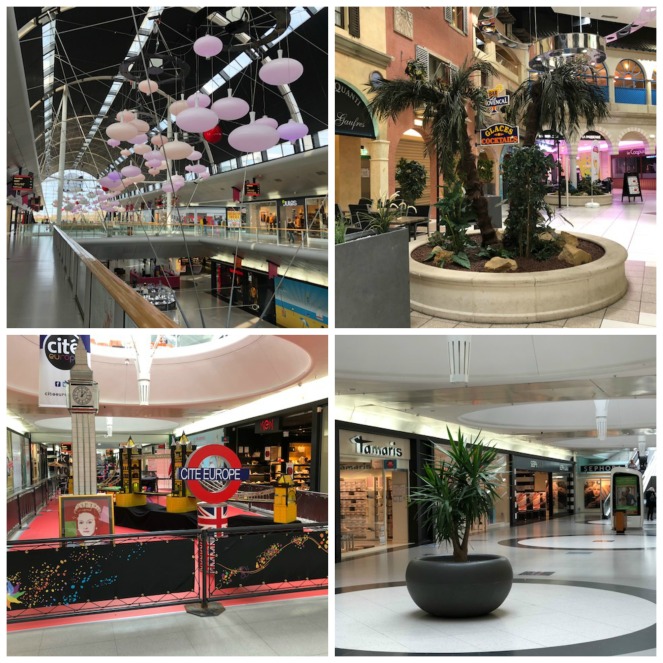 The shopping centre is a mix of stores that we have here in the UK, such as New Look and H&M, as well as some popular French chains and independent stores. Oh and did I mention, a Sephora! There were also some stores such as C&A and Morgan, which haven’t been open in the UK for some years now, so we were able to have a good nostalgic look around those. (FYI C&A was definitely like stepping in to a time warp!). I found some great little treats for myself, and was glad that I had put some money aside for the day. I will do a separate haul post to show you what I purchased.

One of the main things we did soon realize was that food options catering to specific diets or lifestyles were very limited. With Michelle being a Vegan and Gemma being Vegetarian, it took some searching before we found a restaurant with something for them to eat. In the end we went to a restaurant called Le Comptoir Du Malt which was on the food court, where I had a delicious Carbonara. Other options of places to eat are Flunch, which offers canteen style dining, La Parisienne, as well as a Steak ‘n Shake and much more.

We spent the majority of the day looking around the shops or stopping for a drink or food, but there is also a bowling alley, arcade and cinema (for those that can understand French!) if you wanted to do something else.

All in all I had a great day, and am pretty proud of myself for getting us there and back. Huge thanks to Michelle and Gemma for dutifully following me around whilst money burnt a hole in my pocket! I would definitely recommend Cite Europe for a fun day out, if you have any questions or want any advice in planning your own trip then leave me a comment below.

Have you got any mini adventures planned below?

2 thoughts on “Daytripping to France”